Back in November I got into making things with electronics and teeny tiny microcontrollers. If I haven’t written the post yet, here’s a brief summary: I wanted a reliable and programmable remote control for my large format camera. Such a thing does not seem to exist, but in the course of searching online, I realized I could learn a little about electronics and make my own.

Lots of things happened in December…one of which was, of course, Christmas. In true Mark fashion, I decided to use newly-learned and un-perfected skills to make Christmas gifts for friends and family.

One of my suppliers for components also sells “Dings and Dents”, which include various things they can’t sell as good products, but don’t want to just throw away. The only one I’ve been able to take advantage of – they sell out super fast – were scrap circuit boards. You pay $0.25 and get whatever they throw in the box. I splurged for a dollar’s worth, and got four boards from an MP3 player project.

For my first gift I cut one into a simple square and glued it into a necklace tray for Kari. I kinda wish I wore jewelry – I’m a little jealous. 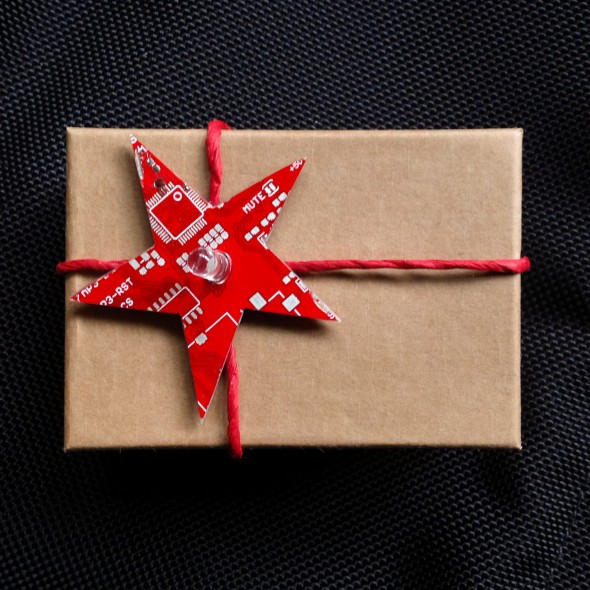 For my next project I cut two of the boards into stars, and put an LED in the middle. In the theme of using a sledgehammer to push in a thumbtack, I programmed a little microcontroller to blink the LED randomly. I then mounted one of these in a cardboard gift box, to make a blinky Christmas decoration, and the other on a cute little Christmas stocking…for which I forgot to get a photo. Picture a small green plush stocking with this red star on the white cuff. 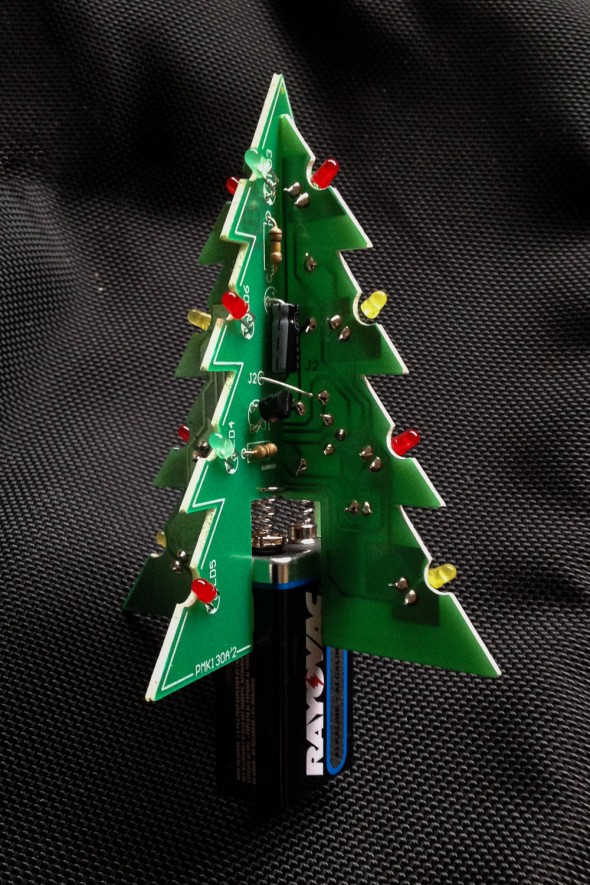 I ran out of time and ideas, so I truly geeked out by buying two LED Christmas tree kits from Radio Shack. My gift was 10% Christmas tree and 90% opportunity to make fun of me being a geek.

Last project was a nightlight jewelry box for Kari. This one took my nascent electronics skills and added non-existent woodworking skills. 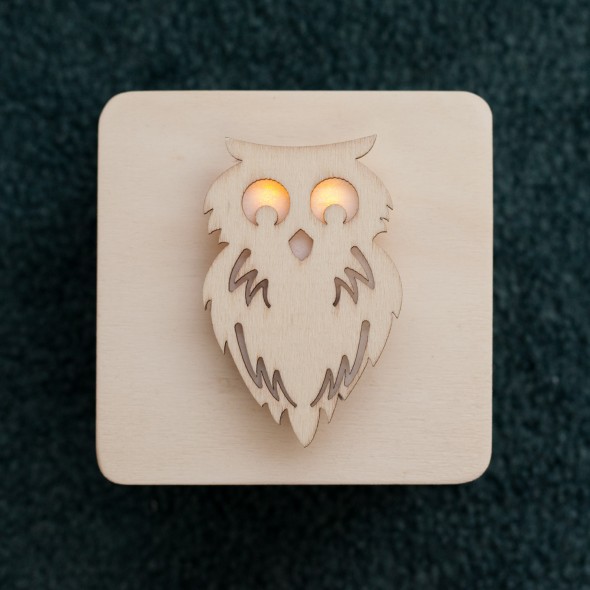 I have to say, though, it turned out nearly exactly as I planned, which is pretty amazing.

The owl, I admit, was a pre-cut piece from one of the craft stores. I glued tissue paper behind the cutout to diffuse the light. The owl sits up off the surface of the box. Behind the eyes is a yellow LED, then near the bottom is a photoresistor to sense the ambient light level. In between is a funky color flashy thingy (more on that in a sec).

If it’s bright out, the LED stays off. As the room’s light dims past a certain level the LED comes on automatically. Then if the lid gets jostled at all then things go bonkers. A while ago Kari bought some rubber balls that light up crazily when they bounce. Out of curiosity we cut one open to see what made it work, and I saved the electronic guts for something later. This, apparently, was the time.

I rationalized making these geeky gifts for Christmas as being hopelessly “Mark”, so they must be endearing. The projects also gave me the opportunity to learn how to solder, embed components in an enclosure, and, critically, how to program chips to stand alone. 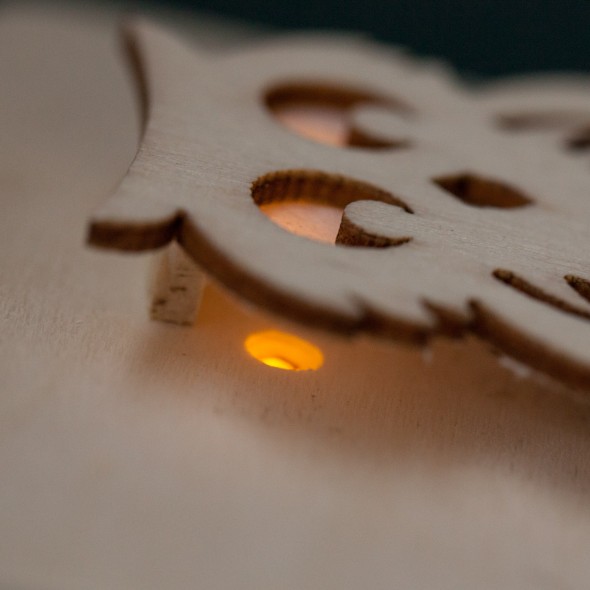 I used a device (an Arduino) that costs around $25 to figure it out and prototype the projects, then programmed a far cheaper chip to leave in the final product. (And, if you know yer chips, you can tell the thing in the picture above – an ATtiny84 – is massive overkill for this project, too, but it’s what I had on hand.)

I learned a lot in the course of making these things that will help as I try to bring my large format camera shutter release project to fruition. And it was fun. And…my family and friends think I’m a giant nerd. Oh wait, I guess that ship sailed years ago.