I started this project about exactly five years ago, back in graduate school. I was in a class on “Small Systems Lighting”, learning to use small on-camera strobes in our photography. One assignment was to “stop motion” using flash. Somebody running by, frozen by the strobe, something like that. Naturally I took it to an extreme. Not Edgerton-extreme, firing a bullet through an apple (believe me I considered it), but at least I wanted to freeze something very fast. 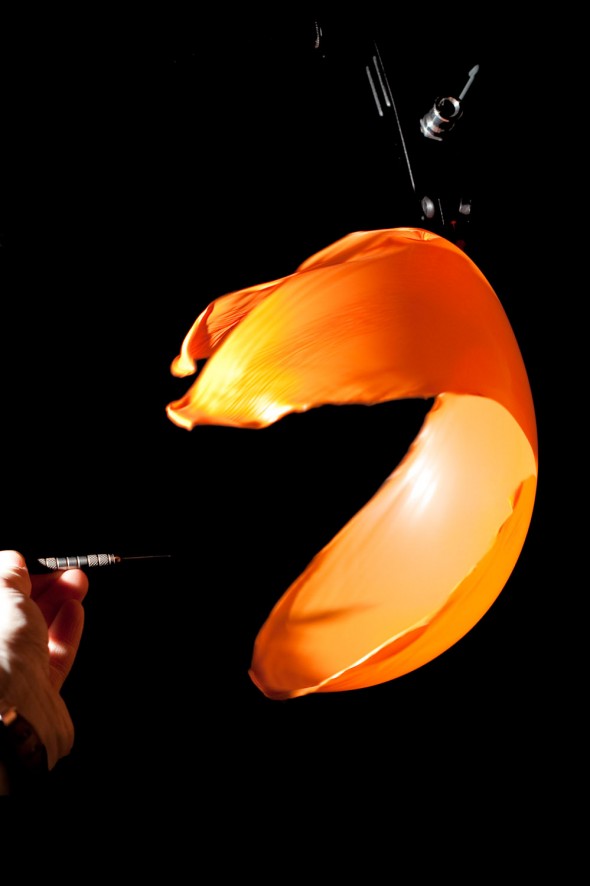 I did some research on sound triggers, and found one source kept popping up – some guy that sold DIY kits for pretty cheap. I bought one of the Sound Triggers with a Delay module, and tried to put it together. This was before I got into electronics like this, and while I knew roughly what a capacitor or resistor does, I certainly could not have come up with this thing on my own.

I also tend, despite my best efforts, to not get things absolutely 100% correct. I miss brushstroke here, a distracting spot of dust there, etc. It’s ok most of the time – at least in Commercial Photography I can photoshop out the spot of dust.

Electronics, though, are generally less forgiving. The first time I hooked my sound trigger components together and plugged in the battery there was a little spark, a cute little puff of smoke, and a scorch mark on one of the potentiometers. Not knowing any better, I emailed the guy, and he very nicely sent a replacement. (Turns out I could have gotten something like two or three of them at Radio Shack for the price of the stamp he used.)

I put the new potentiometer in – correctly oriented this time – and the sound trigger worked. I managed to make a few images with it – these popping balloons – and then put it away to be used again someday, maybe. 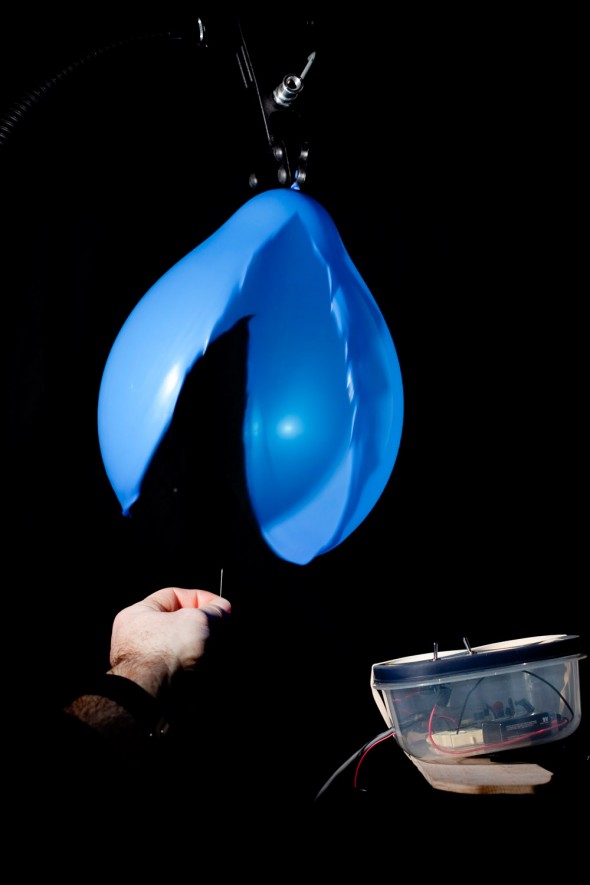 I didn’t really take too many photos of the construction at the time, so some description: I “housed” the breadboard and wiring in a cheap tupperware box, with some holes in it for the sensor and strobe wiring to go out. I even got fancy and wired in a power switch to the battery. It was big, clunky, and ugly, but it worked.

Fast forward five years. I’m into electronics for its own value now, not just as a vehicle for making a piece of photography equipment. I’ve learned quite a bit in the past couple of months about components, circuitry, and programming. Most of it, though, has been in a prototyping environment. I want to make actual stand-alone products, so I need to learn how to solder and plan and create enclosures. I thought that going through that process with this old project would be good practice. Plus it would free up a breadboard! 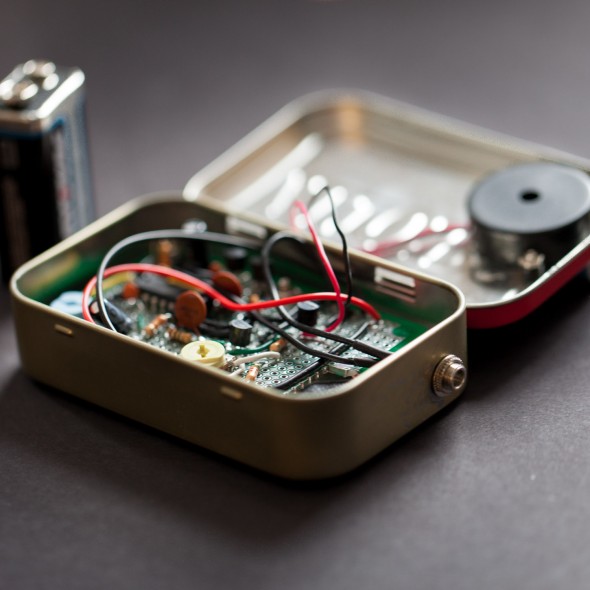 It was good practice, and I learned a lot along the way. I crammed components in too closely together, I didn’t allow much space to re-create the wiring that the breadboard provided automatically, and I realized that I needed to space out all of the components – including the battery – before starting, to make sure it all fit.

My first attempt at doing this sort of thing didn’t go very well. The back of the circuit board is a mess of solder bridges (and probably short circuits). There are probably missed connections, and possibly melted components due to inexperienced soldering. Since I didn’t plot it all out ahead of time, I didn’t really have space inside the tin for the battery, although I’m not too worried about that. All you have to do is open the lid, set the battery in the corner, and plug in the strobe trigger plug into the jack on the right side. 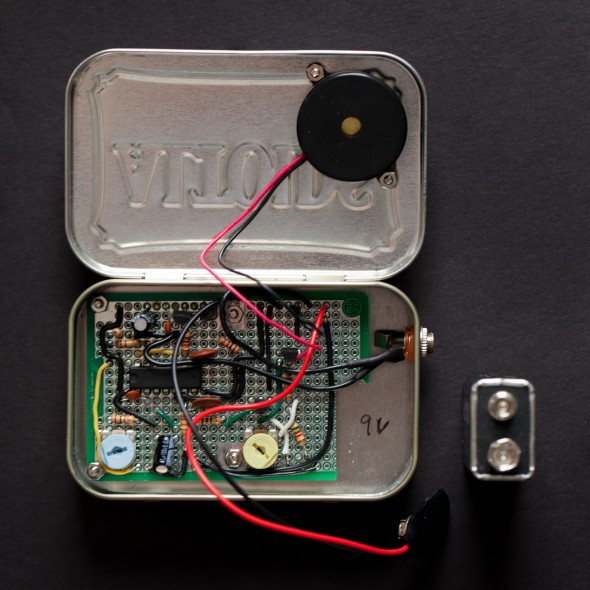 I went ahead and assembled the whole thing, even though it no longer works. These days there are better ways to accomplish the same thing – for $20 I can get a cable to hook my iPhone to my camera, then run an app that does sound triggering and a dozen other things to boot. But I think it’s cool, and a good memory of two different phases of curiosity and hands-on work. 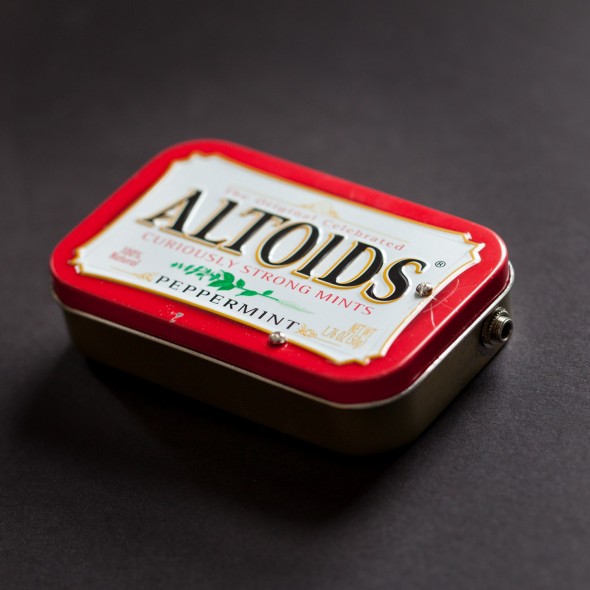 DIY Soles for my Birks