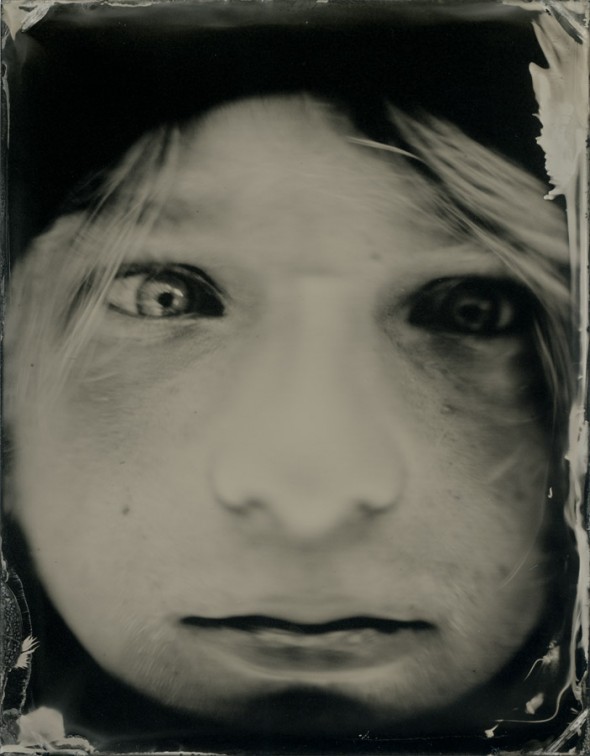 Every year the Maine Media Workshops teams up with Zeiss lenses to hold a photo competition. The only requirement is that the images be made with a Zeiss lens. And this year, apparently, seasonal staff are eligible to enter.

I know, I know, if you’re a hammer everything looks like a nail. Well, I didn’t feel like competing against everyone else and their crisp clear Zeiss perfection digital images; I didn’t want to go out and shoot something just to shoot it with a Zeiss lens. So I got to wondering what would happen if I mated a Zeiss lens (designed for a 35mm DSLR, remember) to a 4×5 view camera, then made tintypes with it. 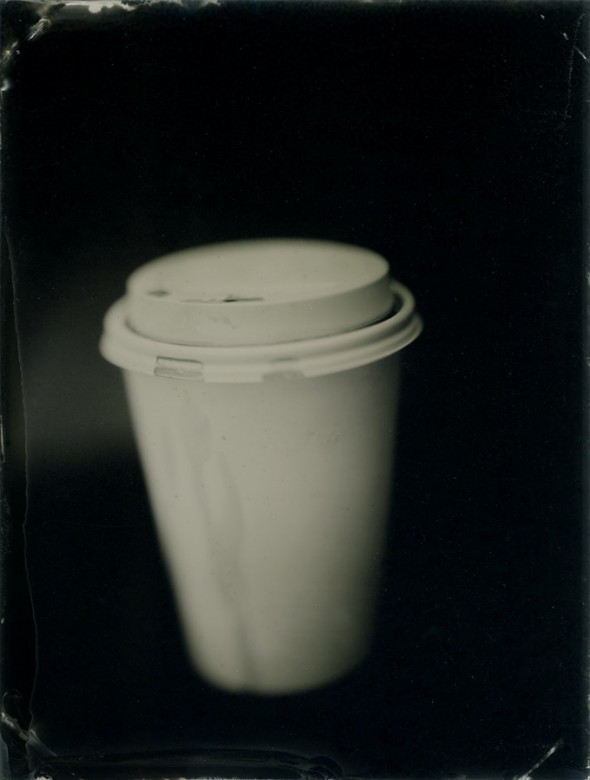 If your photos aren’t good enough, you’re not close enough. Also getting closer gets me a larger image circle to play with. 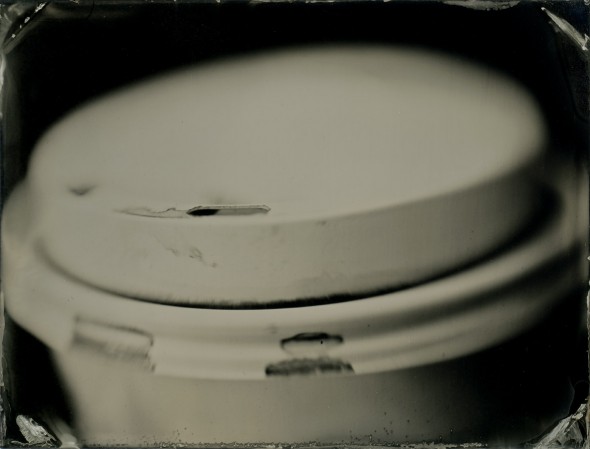 I didn’t want to take the time to figure out a long-term mounting solution, and I knew that gaffer’s tape was not going to hold a heavy lens on a lens board, so I (gently!) clamped the lens – a Zeiss Makro-Planar 2/100 ZE – to a c-stand and gaffer taped one of my lens boards to it. I then manouvered the camera into place behind it.

Since the image circle is so small I wanted to get the subject very close, and between all the different factors the depth of field was the width of an eyelash it seemed, so I clamped a paintbrush to the rig to give the subjects something to rest against in the hopes that their eyes would be somewhat sharp. 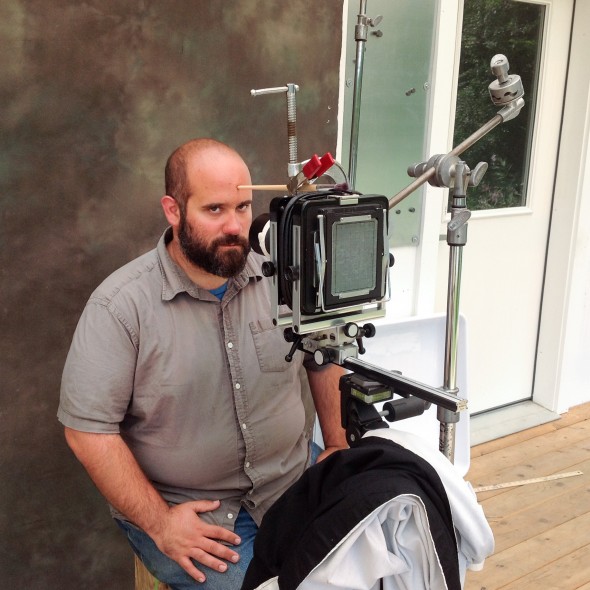 I’m not sure these blurry and “imperfect” images are what Zeiss have in mind for their “Precision Imaging Competition”, but at least I’m pretty sure I’m the only person entering tintypes in it.

I tried to get a really close shot of Paul’s teeth, but it was getting dark and being so close to the lens the rig blocked a lot of light. Still an interesting image, though, in a creepy way. 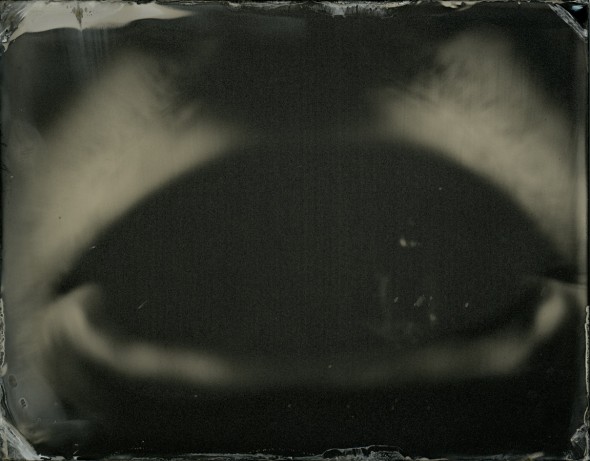 Back to the future – Maine Sunday Telegram article

Can you tell it’s tintype season?